I took a sanity day home yesterday from work, and unbeknown to me, I would actually need it. I woke up at the usual hour, had my cup of coffee, showered, and then went to the bedroom to get dressed. I noticed that Weston hadn’t moved from his position on the bed. He had been feeling a little under the weather, but usually he gets better overnight. I noticed belabored breathing. I had this horrible feeling come over me. I then called the vet and took Weston to the hospital.

The situation was bad — Weston had acute kidney failure. Did he ingest something? I can’t for the life of me imagine what he could have eaten to get this sick. I had noticed that he threw up the other night, and was feeling a bit lethargic, but I thought it might be the very hot weather getting him down. The diagnosis was very negative — he had a 20% chance of survival if we took him to the vetinary emergency room in San Leandro. I think I was in shock for the whole first hour of hearing of this. I called my husband, and he took off from work early to come home. We took Smithie, Weston’s brother, to the local vet hospital to see Weston (possibly for the last time) and to also have him checked out as well.

The total cost of the care would cost about $3000 at least, but I had to just spend the money. I hate debt, but this is debt that I am certain that I would not look back on with regret. I had to try something — I couldn’t give him a death sentence without a fight. James and I left Smithie at the vet, taking Weston to the vetinary ER in San Leandro. They would have more capability to care for Weston and to give him an ultrasound. The doctor gave me some hope — Weston seemed to be more responsive and the potassium level in his blood had come down a bit. We eat an early dinner, after not eating lunch, and we pick up Smithie (who was diagnosed to be healthy and fine) home.

We got the results of the ultrasound around 7:30pm– the kidney problem does not appear to be congenital, but Weston had an enlarged heart, a congenital heart defect. Due to this condition, the doctor does not want to treat him as aggressively with fluids as his heart may not be able to take it. After we thanked the doctor, James and I vegged out in the evening. We watched DVDs to take our mind off the uncertainty. We’re both tired from crying.

When the phone rang this morning at 8:45am, I knew the news would not be good. The doctor informs us that Weston’s condition is not improving. He’s too far gone, and unless there is a kidney transplant or kidney dialysis, there is no way he will survive. Since he’s only 4 and 1/2 months old, this was very grim. The doctor mentioned that by now Weston is having significant discomfort, and he recommends euthanasia . I started to cry again, and James had to take over with finalizing the decision to go ahead and end Weston’s suffering.

Everything happened so suddenly. Even though we adopted Smith and Weston only 2 months ago, I have gotten to know Weston and loved him completely. I miss Weston so much already. 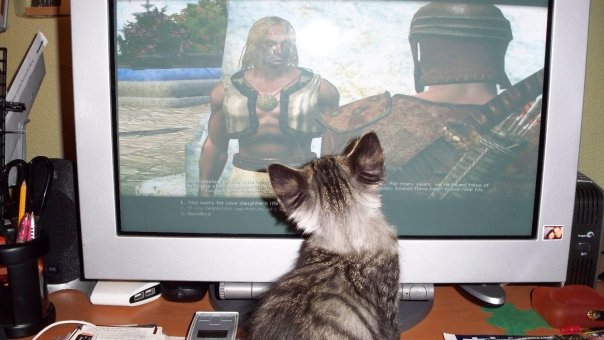 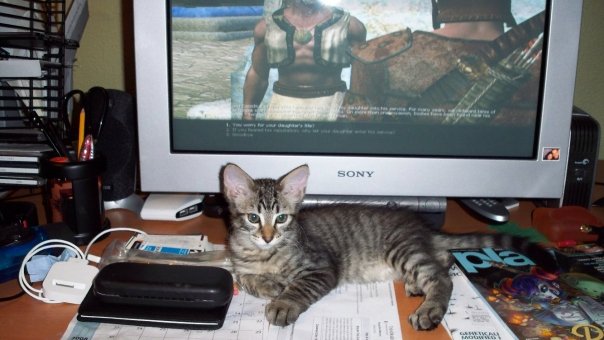 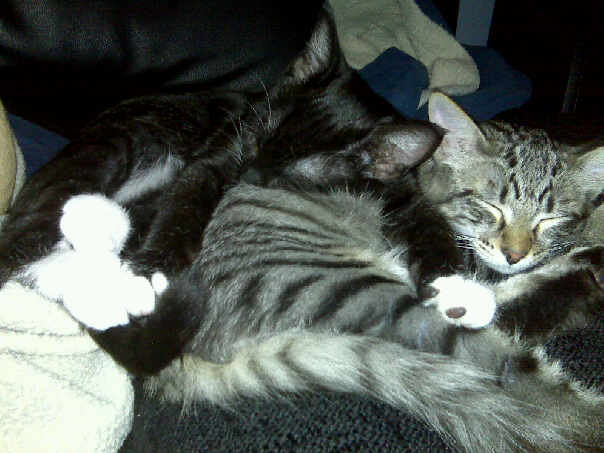 Weston, R.I.P
Mommy and Daddy miss you and love you.